How to write music

More than 20 videos designed to spark creativity and ambition

Designed for music students, teachers and independent music makers, Ear Opener uses simple, accessible explanations of the tools people who write music use everyday, with practical tips that composers of any level can put straight into practice.

Featuring interviews with celebrated composers across all genres

Brian Eno is perhaps best known for his pioneering work in ambient music and contributions to rock, pop, and electronica. A self-described “non-musician”, Eno has helped introduce unique conceptual approaches and recording techniques to contemporary music. He has been described as one of popular music’s most influential and innovative figures.

After recording two albums with Roxy Music, he departed in 1973 to record a number of solo albums, coining the term “ambient music” to describe his work on releases such as Another Green World (1975), Discreet Music (1975), and Music for Airports (1978). He also collaborated with artists such as David Bowie on his “Berlin Trilogy”, Robert Fripp and David Byrne, and produced albums by artists including John Cale, Talking Heads and Devo, and the no wave compilation No New York (1978).

Eno has continued to record solo albums and work with artists including U2, Laurie Anderson, Grace Jones, Slowdive, Coldplay, James Blake, and Damon Albarn. Dating back to his time as a student, he has also worked in media including sound installations and his mid-70s co-development of Oblique Strategies, a deck of cards featuring cryptic aphorisms intended to spur creative thinking.

Listen to Brian Eno on Spotify 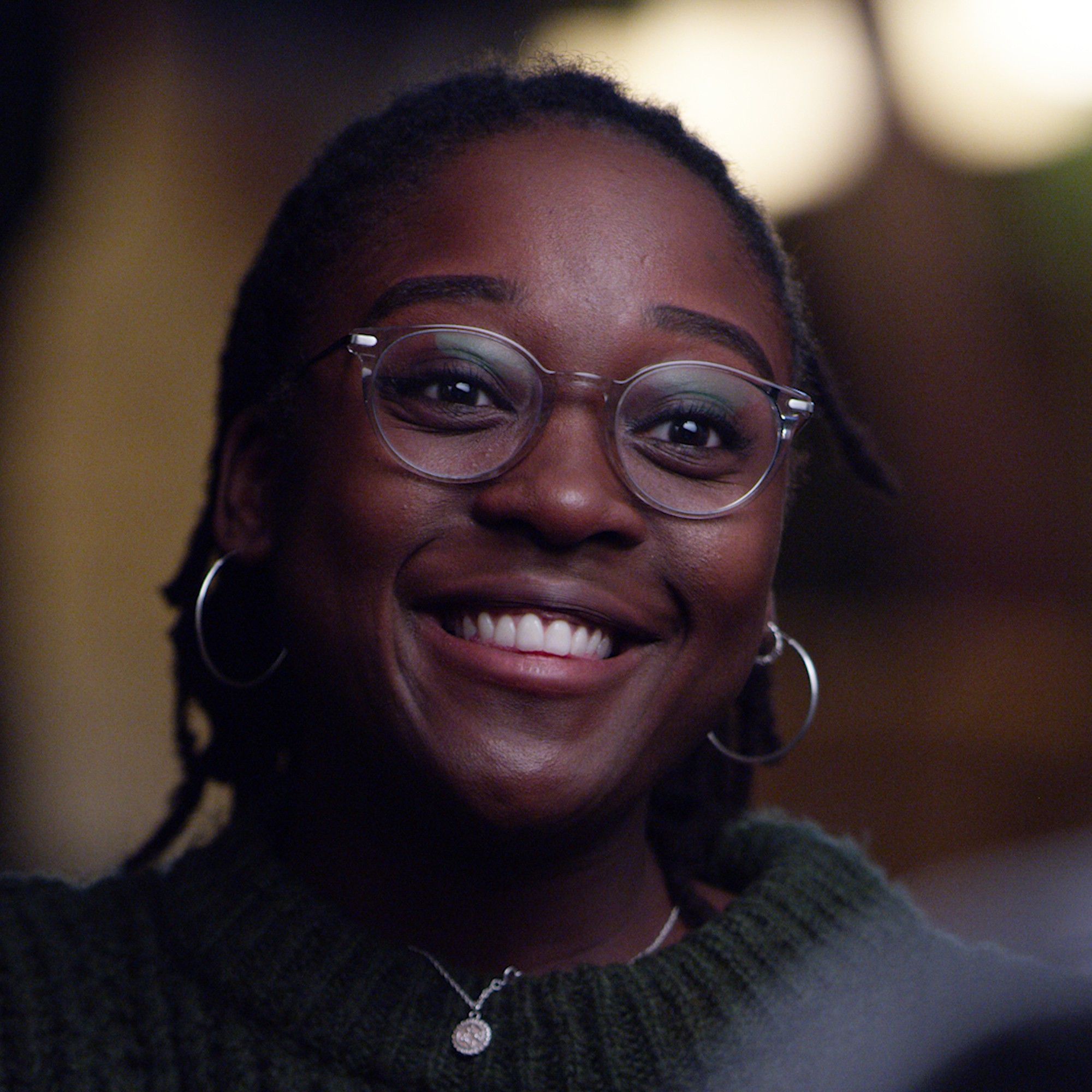 Cassie Kinoshi (b. 1993) is a Mercury Award nominated and Ivors Academy Award winning (formerly know as BASCA, British Composer Award) London-based composer, arranger and alto-saxophonist. She is currently working in theatre, film, contemporary dance and both the jazz and classical performance worlds.

Cassie is best known for her work with her large ensemble SEED alongside bands KOKOROKO and NÉRIJA.

She was Mercury Musical Developments’ and Musical Theatre Network’s Cameron Mackintosh Resident Composer Scheme recipient at Dundee Rep Theatre from 2018-19 and was a part of the London Symphony Orchestra Panufnik Scheme 2018-19.

Listen to SEED Ensemble on Spotify 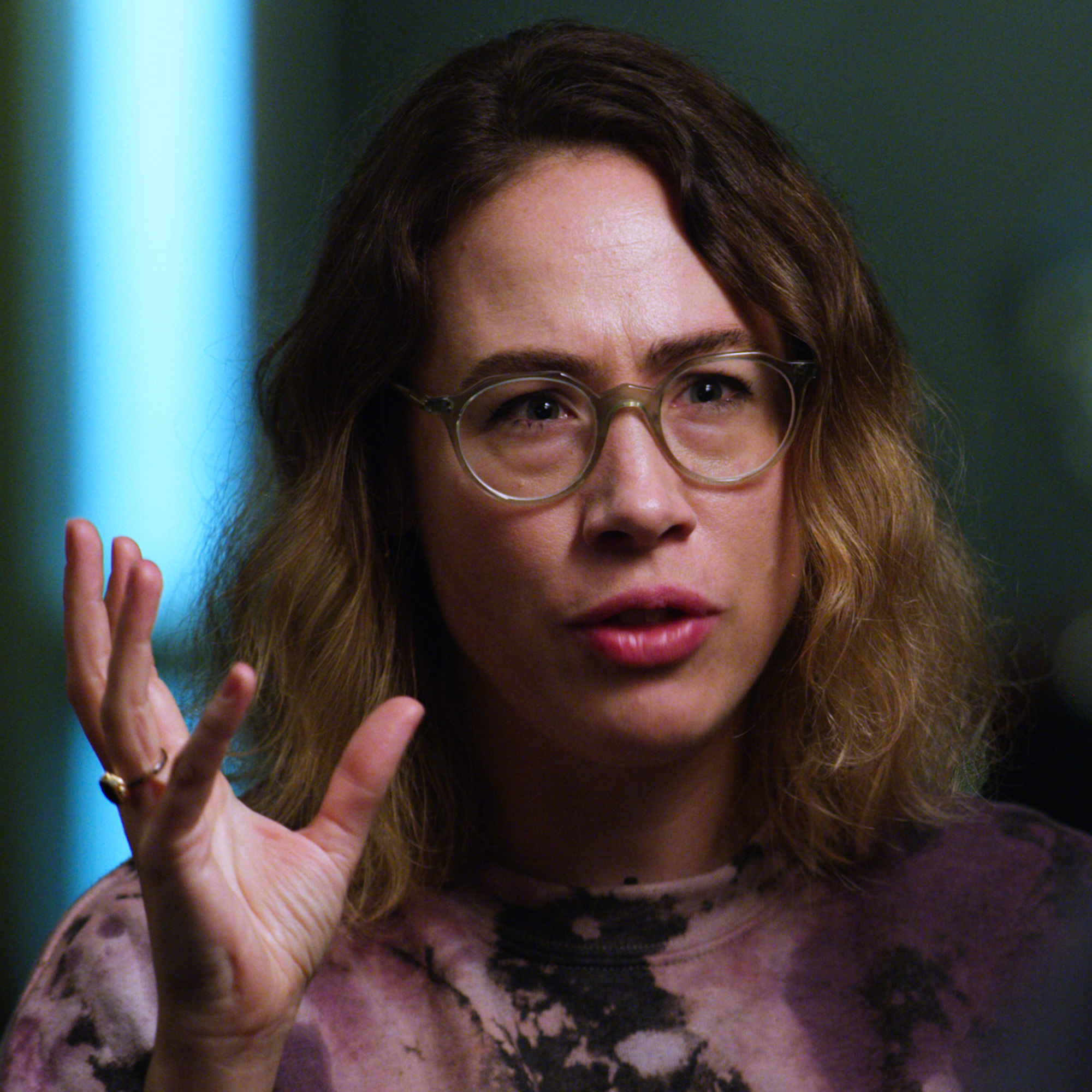 She wrote the original score for feature length BBC adaption of Lady Chatterly’s Lover starring Richard Madden (Game of Thrones), and her music has been used in trailers for True Detective, Homeland, Martin Scorsese’s Hugo and more.

She has toured live worldwide with Clint Mansell (Requiem for a Dream, Black Swan) and she played piano on Mansell’s soundtrack to the Bafta winning Moon (directed by Duncan Jones). She performed her music at the BBC PROMS 2019, Royal Albert Hall London with London Contemporary Orchestra and releases her own albums. 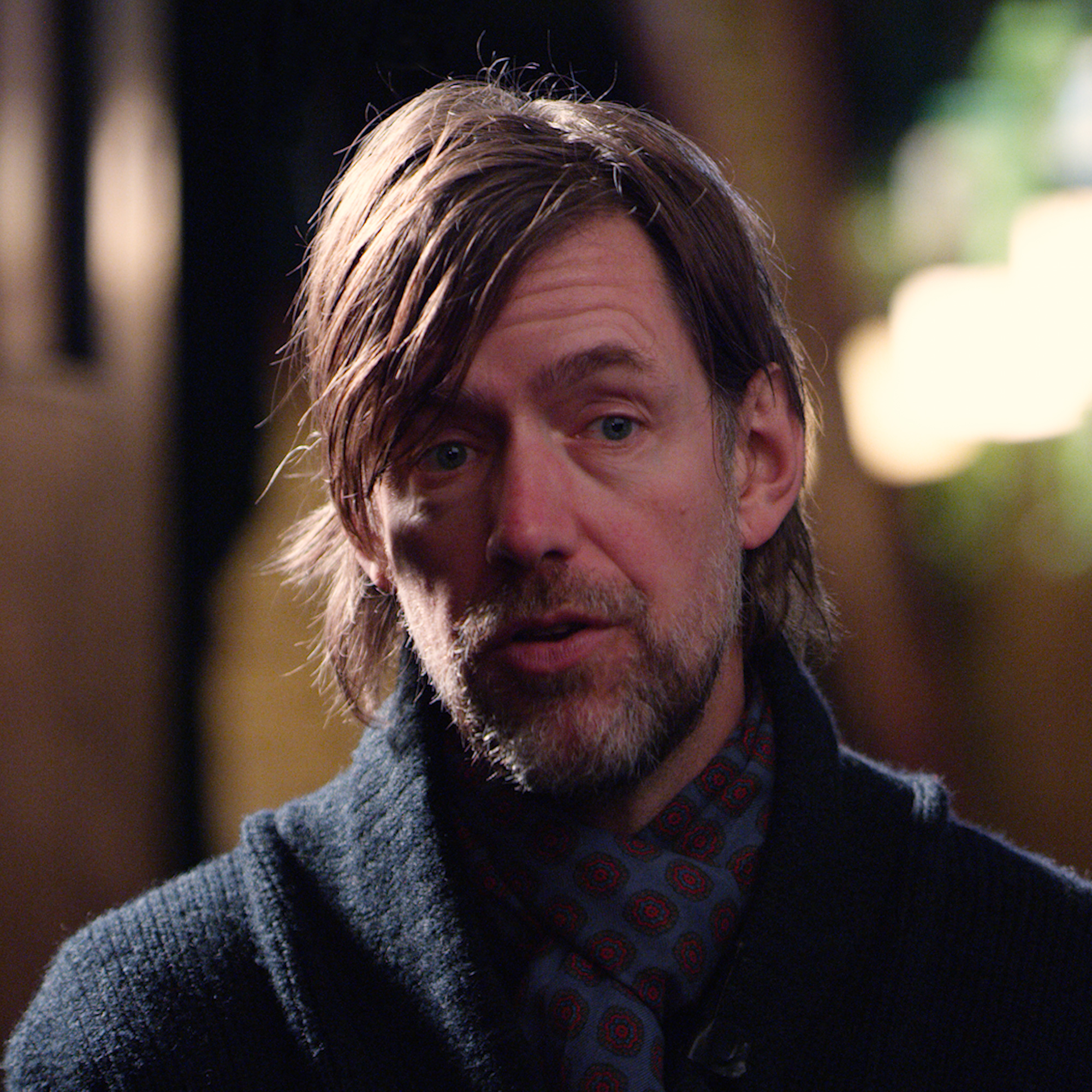 Ed O’Brien is a songwriter, guitarist and member of the alternative rock band Radiohead, who over almost three decades and nine albums have established themselves as one of the most innovative and influential musical forces of our time.

His first solo album, Earth, was released in 2020, under the name EOB. An album of rediscovery and adventure that deftly veers from moments of delicate folk to euphoric house, its songs seamlessly pinned together by unswerving melodic hooks and candid lyricism.

In 2010, Rolling Stone named O’Brien the 59th greatest guitarist of all time. Along with the other members of Radiohead, he was inducted into the Rock and Roll Hall of Fame in 2019. 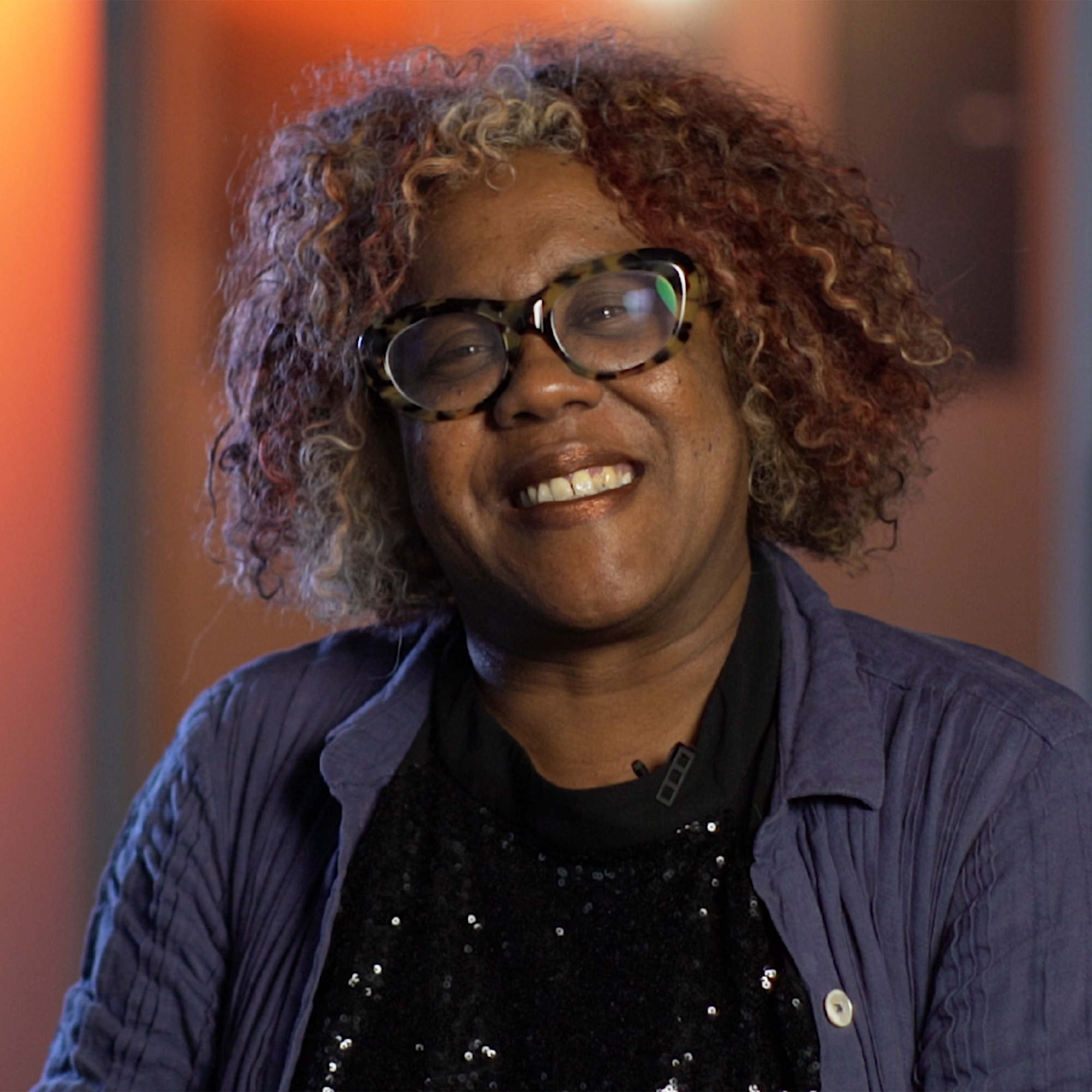 Errollyn Wallen MBE is an internationally renowned composer and performer. Her prolific output includes seventeen operas to date and awards include the Ivor Novello Award for Classical Music, British Composer Award and a FIPA D’Or for Best Music for a Television Series.

Her Concerto Grosso (due for release on the NMC label) received its US premiere in September 2018 in Los Angeles by Southeast Symphony with Errollyn as pianist and a new work for Chineke! was commissioned by Cambridge Music Festival for performance in November 2018. It has just been announced that her opera The Silent Twins will receive its US premiere in New York in 2022.

Errollyn Wallen’s albums (ERROLLYN, The Girl in My Alphabet, Meet Me at Harold Moores) have travelled 7.84 million kilometres in space, completing 186 orbits around the Earth on NASA’s STS115 mission.

Errollyn Wallen was awarded the MBE in 2007 for services to music and in 2015 was inaugurated Honorary Fellow of Mansfield College, Oxford, in recognition of her distinguished contribution to scholarship in the field of British contemporary music and her exceptional achievements as a composer. In 2017 Errollyn was awarded an Honorary Doctorate from York St. John’s University and was named BBC’s 100 Women 2018 and London University’s 150 Leading Women. 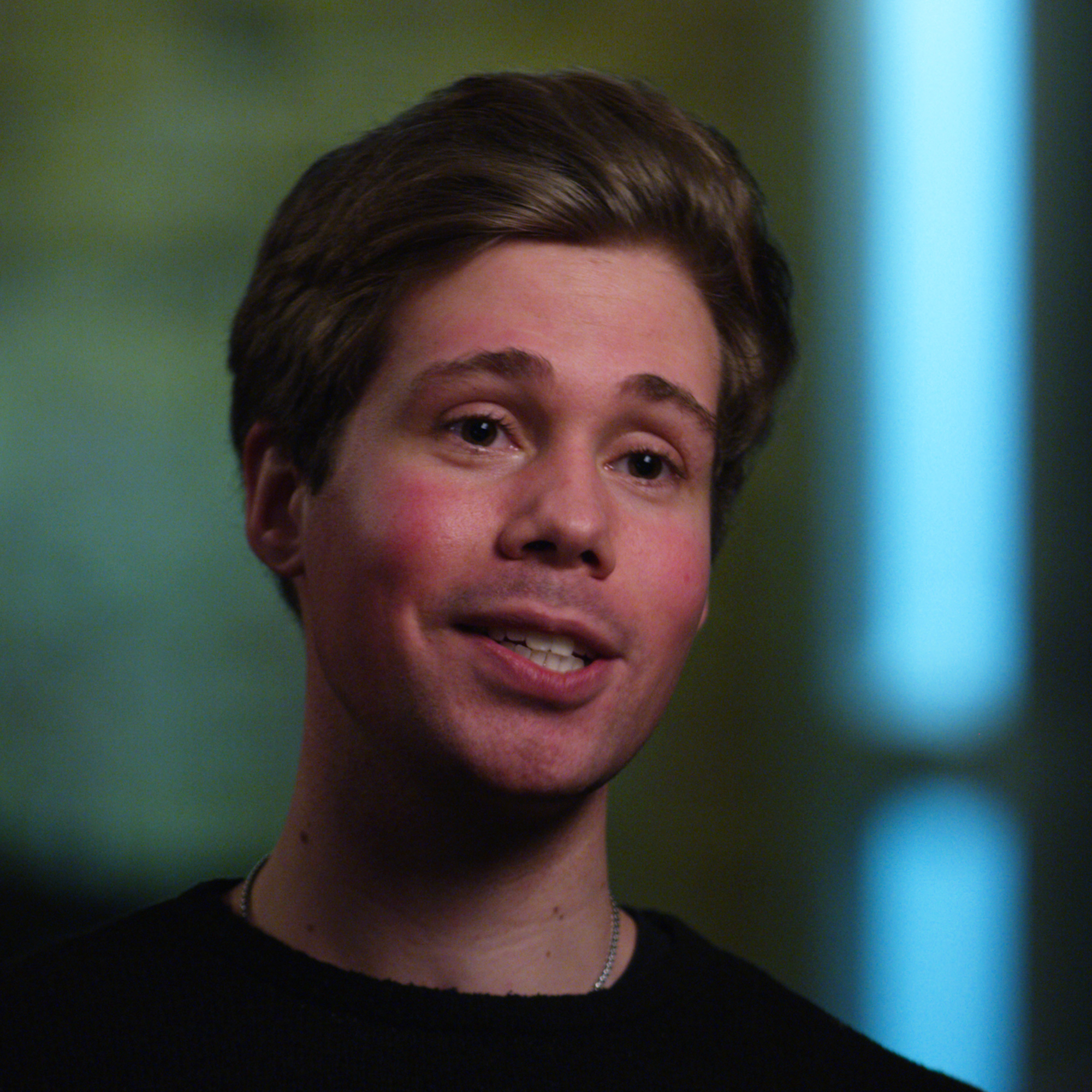 Tristan Landymore is an award-winning songwriter who has written for a wide-range of artists, from Kano to Ellie Goulding. He studied Music at the University of York, graduating with first-class honours, then went on to collaborate with an array of respected writers and producers, such as Eg White, Emily Warren, Justin Parker, and Evan Bogart.

He found chart success co-writing the Zedd and Liam Payne release, ‘Get Low’, and signed a publishing deal with Warner/Chappell Music Group at the end of 2017. Recently, he has been working with writer and producer Tom Stafford towards launching their own artist project, ‘330ml’. 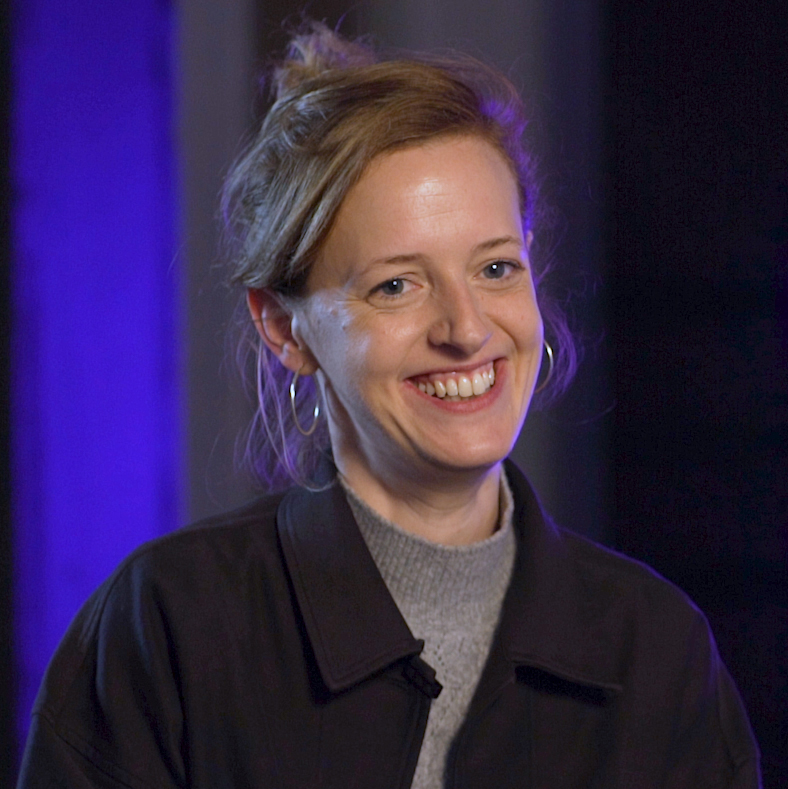 She has received a number of prestigious awards, including Best Composer at Underwire Film Festival and winner of Best Sound Designer at Off West End Theatre Awards, and has been performed across Europe, the USA and the UK in London’s Royal Albert Hall, The Barbican and the Queen’s Hall, Edinburgh. For her work in theatre, Isobel has written original music for productions in the West End to New York, in addition to the Royal Shakespeare Company, The Royal National Theatre, The Old Vic, Royal Exchange Theatre, The Young Vic and many more. 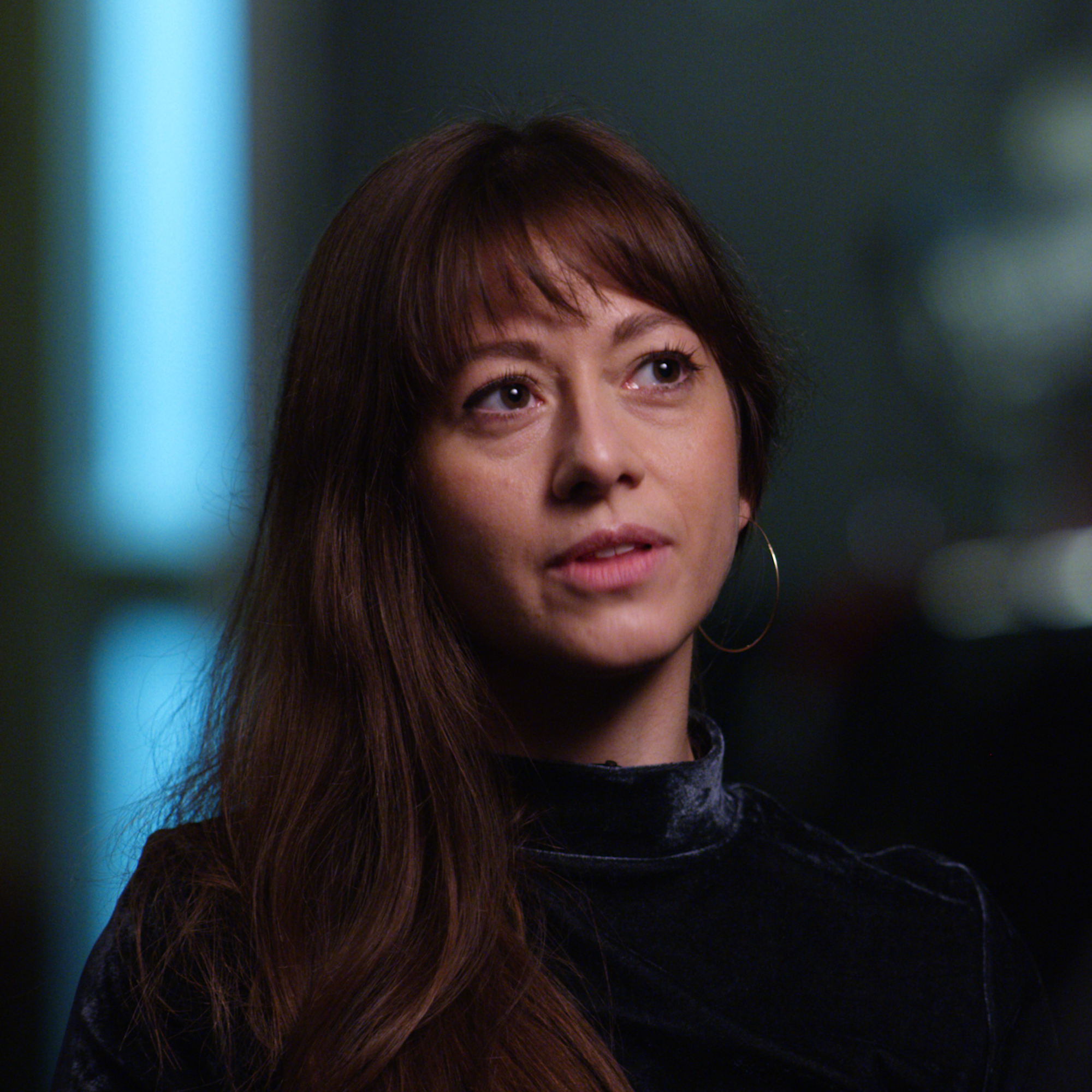 Yazz Ahmed (born 1983) is a British-Bahraini trumpet player and composer.

Blurring the lines between jazz and electronic sound design, her music combines the sounds of her mixed heritage into what has been described as ‘psychedelic Arabic jazz’.

Her second album, La Saboteuse (2017), widely regarded as one of the best albums of the decade, brought her to the attention of a global audience, leading to performances around the world, in concert halls, jazz clubs and at major festivals such as WOMAD, Pori Jazz, Love Supreme, and NYC Winter Jazz Fest.

Her career is studded with high profile collaborations with the likes of Radiohead, Lee Scratch Perry, Transglobal Underground and These New Puritans. She frequently appears as a guest soloist/composer with various ensembles, including Arturo O’Farrill’s Afro Cuban Jazz Orchestra.

In 2018 she completed commissions for the Ligeti Quartet and the Open University Astronomy Department. She released her third album, Polyhymnia in 2019. 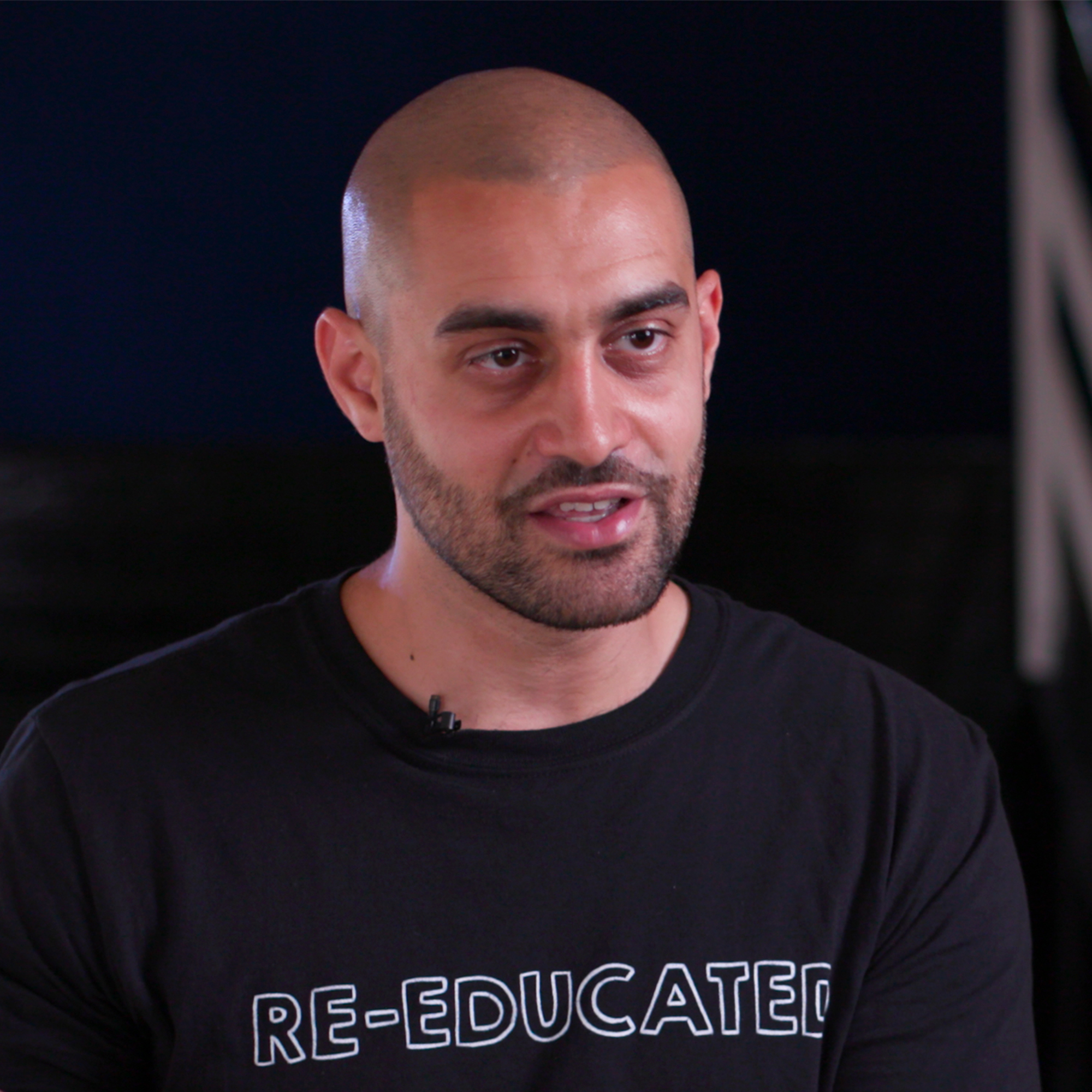 Lowkey is a British-Iraqi Hip-hop artist, campaigner and playwright who has appeared on BBC TV and Radio, Channel 4, ITV, Al Jazeera, MTV BASE, SBTV and Novara Media. He has written for the Guardian and Ceasefire Magazine.

His critically acclaimed music has received millions of streams on Spotify, sold over 25k albums digitally and garnered over 45 million YouTube views. His independently released album Soundtrack to the Struggle (2011) charted #6 in the UK RnB chart, #9 in the UK Indie chart, #14 in the UK Download chart and #57 in the UK Albums chart. He has worked with Immortal Technique, Wretch 32, Akala, Dead Prez and The Outlawz. He is part of the super group Mongrel alongside members of the Arctic Monkeys, Babyshambles and Reverend and the Makers. The band released their album Better than Heavy in tandem with the Independent newspaper. The band were invited to Venezuela by then President Hugo Chavez, with Lowkey eventually travelling to Caracas and performing at the Community of Latin American States and Caribbean States (CELAC) celebration in 2011.

Lowkey has been lauded in the Houses of Parliament by the MP for Kensington, Emma Dent Coad as a “poet laureate for Grenfell Tower.” This praise was in recognition of his release Ghosts of Grenfell, which featured on BBC Radio 4’s World at One and enjoyed public support from Russell Brand, Frankie Boyle, Lilly Allen and JME.

Lowkey was commissioned by Theatre Royal, Bath to write a Hip Hop version of Shakespeare’s Macbeth, which was performed there and was also performed as part of the Edinburgh Festival.

He is currently completing a MA in Near and Middle Eastern Studies at School of Oriental and African Studies (SOAS), University of London.

Ear Opener draws on over 15 years’ experience of working in secondary state schools and has been created in consultation with music teachers and students. It offers practical guidance on those technical aspects of composition that can seem daunting at first – like arrangement or melodic development.

Whether you or your students work with music software or with notes on a stave, Ear Opener is for anyone who wants to write any kind of music – from hip hop to baroque, film music to pop.

Click here to get started and watch the videos.

Any cookies that may not be particularly necessary for the website to function and is used specifically to collect user personal data via analytics, ads, other embedded contents are termed as non-necessary cookies. It is mandatory to procure user consent prior to running these cookies on your website.